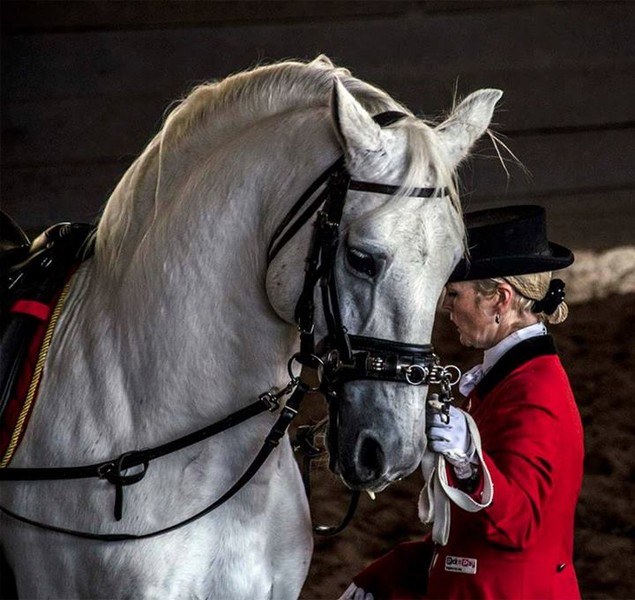 The oldest human bred horse in the world, ancestors of the Lipizzaners, have been traced to Carthaginian and Roman horses at the time Julius Caesar was Emperor of Rome. The Lipizzaner breed itself dates back to around 1562 when Archduke Maximilian started to breed Spanish horses in Lipica, a village in the modern day Slovenia. It was the need for military horses of unusual strength, loyalty and courage that inspired him to import Spanish, Italian and Arab-Oriental horses for his breeding programme. Out of this grew the famous white horse – the Lipizzaner – as we know it today.

These animals are characterised by a perfect and noble physique, graceful movements, the ability to learn, liveliness, good nature, courage, toughness and stamina. In appearance they resemble in every respect the typical baroque show and parade horses.