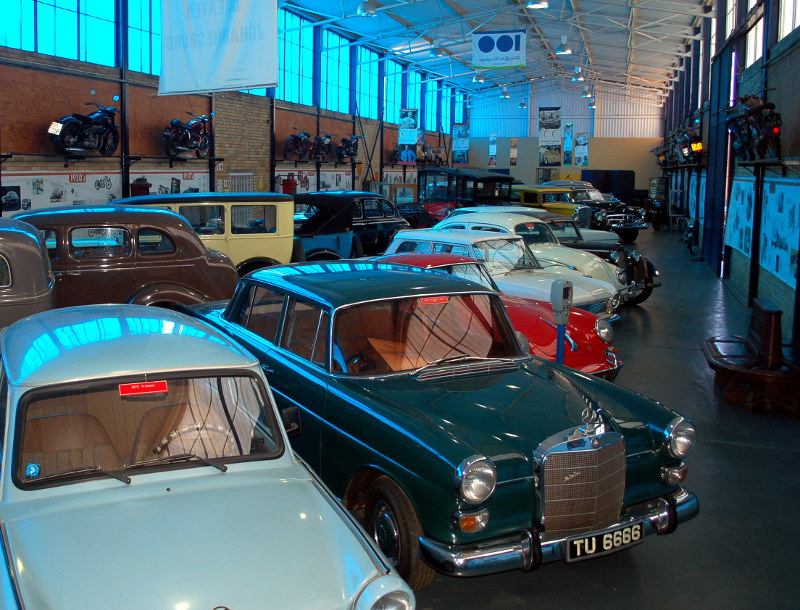 Note that this is rescheduled for July

The James Hall Museum of Transport in Johannesburg is the largest and most comprehensive museum of land transport in South Africa. It was established by the Late Jimmie Hall together with the City of Johannesburg in February 1964.

In addition there is a fascinating collection of memorabilia, artefacts and special interest vehicles as well as an extremely rare and exciting steam vehicle collection. The oldest motorcar on display is a 1900 Clement Panhard. Other remarkable items on display include rickshaws, which were used in Johannesburg until 1967, horse-drawn trams that were still in use at the turn of the last century and the last electric double-decker tram that ran through parts of Johannesburg back in 1961. The museum also houses “TJ1”, the 1959 Mayoral Rolls-Royce Silver Wraith.